What Is An Idler Pulley? 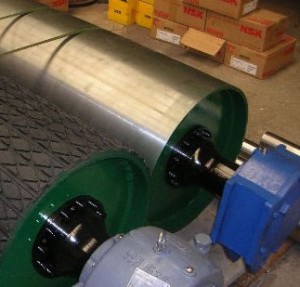 An idler pulley is as important as any other component, in the grand order of things. It doesn’t generate energy or rotate parts, so it perhaps doesn’t belong in the same family as drive pulleys, but the part still possesses a pivotal role. Engine idlers, for example, are characterized by their dual functions. The pulley regulates the belt, especially when the belt takes on a complex geometrical outline. Serpentine belts assume this role, taking convoluted paths when driving a series of drive assemblies. The idler is essential here because it’s acting as both a guide and a much needed system tension handler.

Far from only being a sidelined member of the pulley family, the idler is an active component. Without it the belt is slack and mechanical parts lose their snappy momentum. System efficiency is lost. As a matter of fact, some large pulley assemblies absolutely depend on idler mechanics so much that added features have gone into their design. The supplemental elements include hydraulic or spring-loaded gears and other innovative mechanical solutions. Of course, moving parts lose positional sureness over time as soft metals bend and loosened parts rub against each other, which means an adjusting mechanism has to be part of the component’s anatomy. If a conveyor system is failing, making noises and drifting into breakdown territory, then an engineer’s first stop may indeed be the idler assembly.

It doesn’t matter whether we class the part as a belt guider or a tension maximizing implement, its role as a system regulator is very much established. A car mechanic works dutifully on his idler adjusting duties while attempting to regulate a recalcitrant vehicle engine. An idler works in concert with a mechanical governor when a large-scale electrical generator is transmitting electricity from a mechanical turbine. One or more units safeguard industrial conveyor systems in a working mine or a dust-filled quarry, keeping a round, rotating metaphorical finger on the pulse of the belt drive.

On returning to a specific application, the conveyor industry, the regulating properties of the idler ensure the belt of the conveyor continues moving smoothly and reliably. This promise of consistency is held in place by mechanisms that are built from durable materials and exhaustingly engineered components. The drive system is arguably the most important part of the conveyor, but a belt that doesn’t move in a consistently linear fashion would be a poor example of the process. The idler thus governs movement, compensating through hydraulic energy or spring motion to compensate for load-introduced irregularities, such as the transient rocky loads we often see trundling along mining conveyors as ore-rich chunks of geological matter shift and get dumped onto the belt.