The Importance of Timing and Accuracy in Conveyor Pulleys 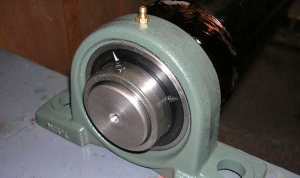 An industrial conveyor system such as that used in mines and quarries, move quarried rocks and mined aggregate along conveyor belts supported on rollers from the seam to the surface. Conveyor pulleys and high-HP motors are positioned along the belt to move the material to the surface. Load chutes and discharge buckets at either end of the belt keep the process moving.

Pulleys are generally classified as single-fixed, movable, or compound pulleys. Single-fixed pulleys are simple and only require equal amounts of load to force to lift the load. They allow the load to shift stress-free, although the force must change direction to complete a task.

The movable pulley’s wheel moves with the load as the load moves. It increases the applied force which ultimately makes it easier to move the load. Movable pulleys must be pulled or pushed, however, to displace the load.

Compound pulleys are a combination of movable and single-fixed pulleys which form a block and tackle.

The conveyor system is integral to production. Monitoring and maintaining pulley bearings, housings, seals, and central- and single-point lubrication parts and elements maintain and increase “uptime,” efficient operation, and production, particularly for conveyor pulleys operating in port, mine, and power plant environments and conditions.

Engineered pulleys are designed to meet specific project requirements. Effective conveyor pulleys and system depend upon:

Concentric design addresses stress loading tolerances and fatigue which contribute to the overall timing and accuracy of the conveyor pulley assembly. Shaft bending and deflection and shear stresses are designed for the conveyor pulley disc. It is critical the shaft’s diameter is sufficiently wide enough to offset stresses on it. Alloy material selection significantly reduces negative rotation caused by stress that might interrupt the smooth conveyor motion.

Belt slip damage as a result of – Any slip of the drive pulleys against the belting is minimized by calculating the slip in the PLC controller as the difference between the driven pulleys speed and the belt speed. This is continuously enabled and provides the fastest response to belt slip minimizing downtime.

A jammed mechanism may be detected from the lack of motion during the start up. Monitoring the conveyor operation movement and the gravity tower rate during conveyor performance provides the degree of stretch from no-load to full load, during the start, and any motion fluctuations.